Summary of recommendations made in another book by Steve Souders:

HTTP/1 does not modify the core semantics of HTTP/1 in any way:

Aims to increase speed, and reduce latency, compared to HTTP/1: 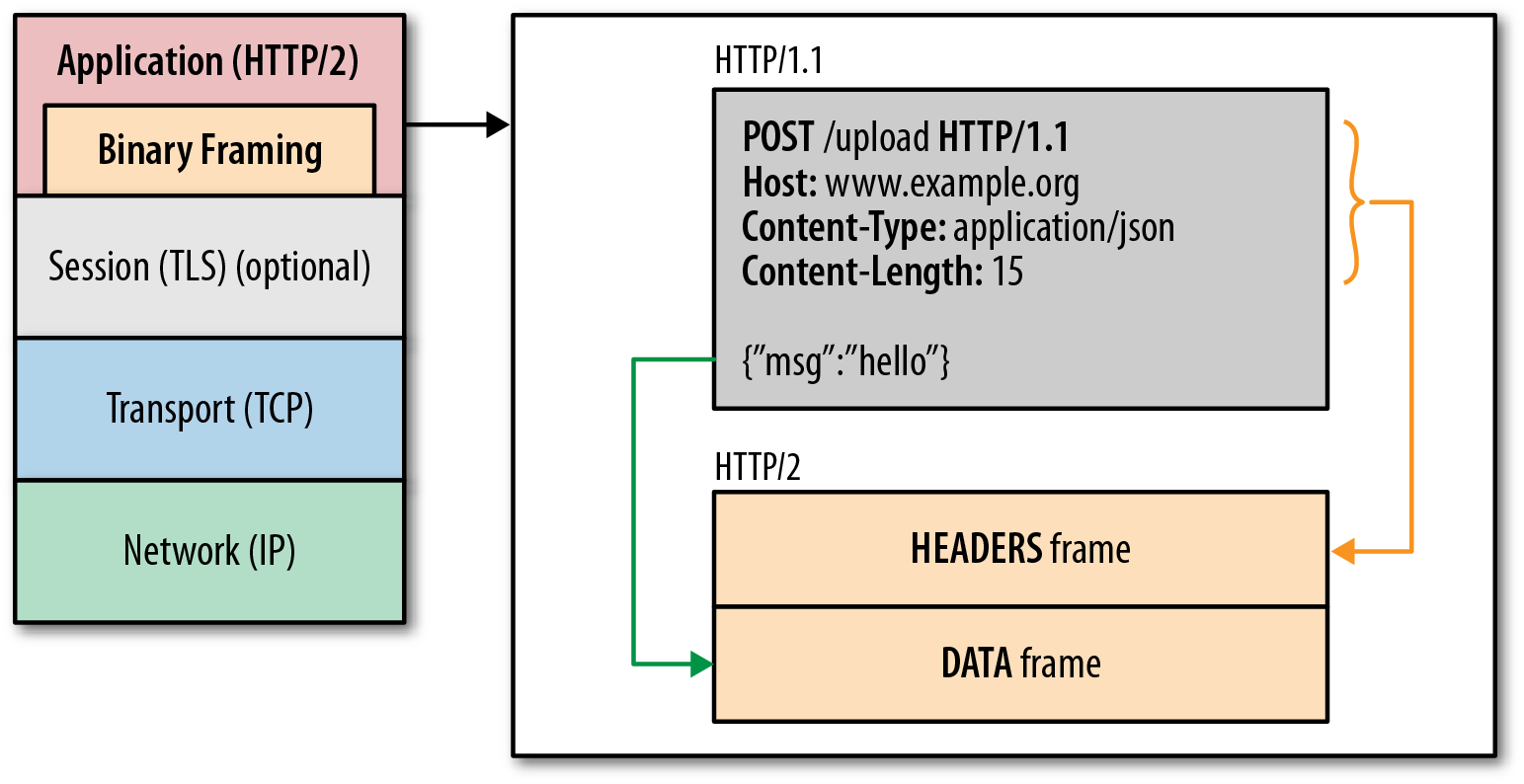 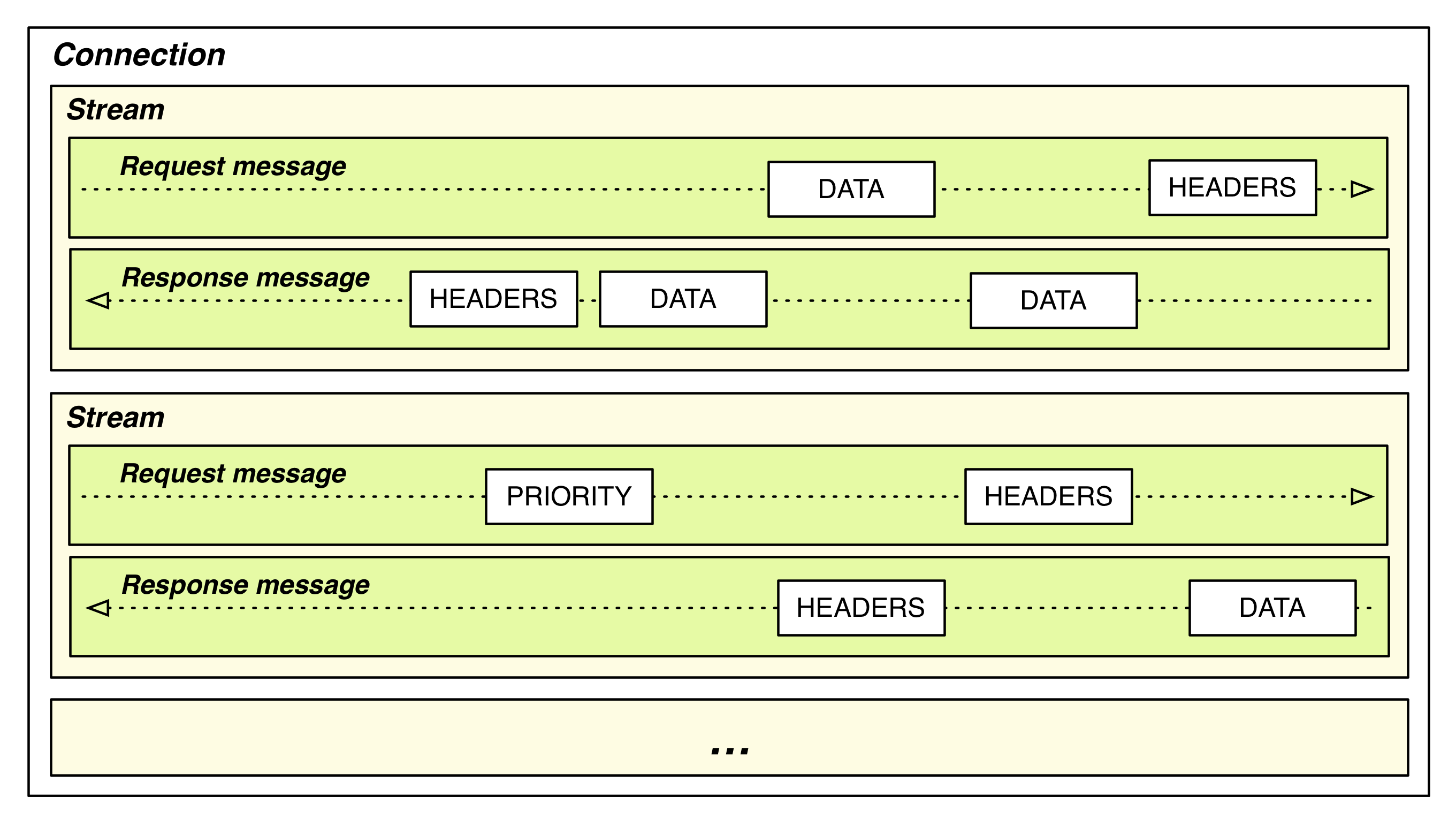 ?? Does each frame contain an additional HTTP/2 level header to identify which stream it belong to, and its sequence number?

In summary: Many different streams, messages, and frames all share the same TCP connection, and can be sent in any order; with the recipient inspecting them to reassemble them correctly.

Streams may assign both weights and dependencies on other streams. The sender and the receiver use these to build a prioritisation tree, and use this to determine and optimised order and bandwidth allocation in transmitting each of the streams.

One Connection per Origin permalink

This optimises for numerous "bursty" connections, instead of small numbers of large "bulky" connections. This is important to remember, because it means that many of the HTTP/1 optimisation techniques such as spriting or concatenation may no longer result in performance gains.

Great, protocol-level way of fending of DoS'es! But not so much DDoS'es. Maybe.