When it is time to start designing metrics for your team - KPIs, OKRs, OGSMs, Sprint Burndowns et cetera - it can be pretty challenging, with many different decisions to be made.

These approaches are based on the belief that what gets measured gets worked on.By incorporating metrics and by tracking them, the idea is that output and productivity will increase.

When you actually put theory into practice, you almost immediately have to grapple with many decisions - both macro-level and micro-level.

I’ve worked in teams that have implemented metrics and tracking in various forms - ranging from MBA-type to Project Management schools of thought - and have noticed that there are three particular macro-level decisions that have an outsized influence and impact on software teams: Locus of control, quantitative vs qualitative, and antagonist functions.

How much control does your team have over the outcome of a particular metric? 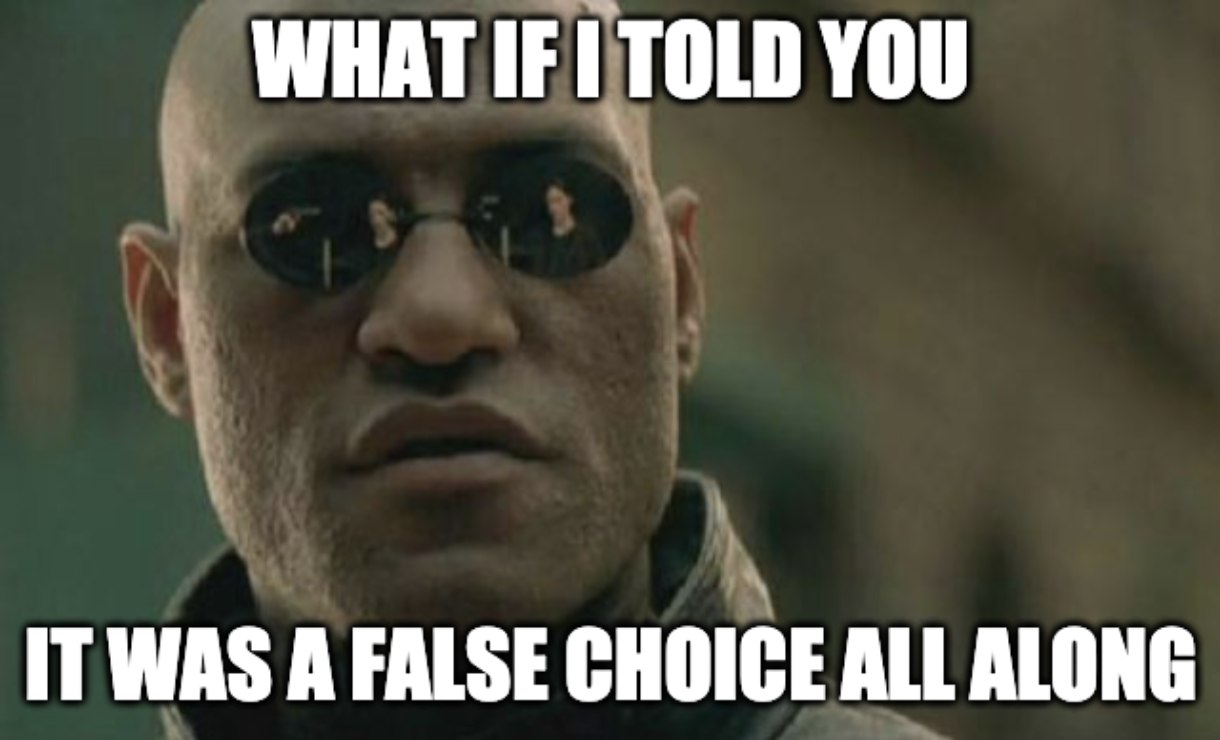 In practice these two alternatives are usually not binary, more of a sliding scale.

Suggestions regarding Locus of Control permalink

Identify which metrics fall into which category, and ensure a balanced spread between them. To simplify decision making, I drop each metric into one of three buckets: 80%-20%, 50%-50%, and 20%-80%.

At a more abstract level, another thing that you can do is to make decisions about which metrics are good to take on, and which ones aren’t. In most cases there will be a need to have metrics of both varieties: Ones that are primarily within the locus of your control, and ones that aren’t. Keep track of how many of each you have so as to be aware of the mix you are setting yourself up for. The higher the proportion of metrics that are out of the locus of your control, the more challenging it will be to attain them.

Related to this: Seniority. When it comes to individual metrics, those with less experience should have a lower proportion of metrics that are out of their locus of control; and the opposite for those who are more experienced.

Sidebar: If you are working in a software engineering team, reflect upon how much harder the work of someone in sales or management is. These types of roles intrinsically default to being measured on things that are out of their locus of control. The ability to even choose metrics that are not would seem like a luxury to them. 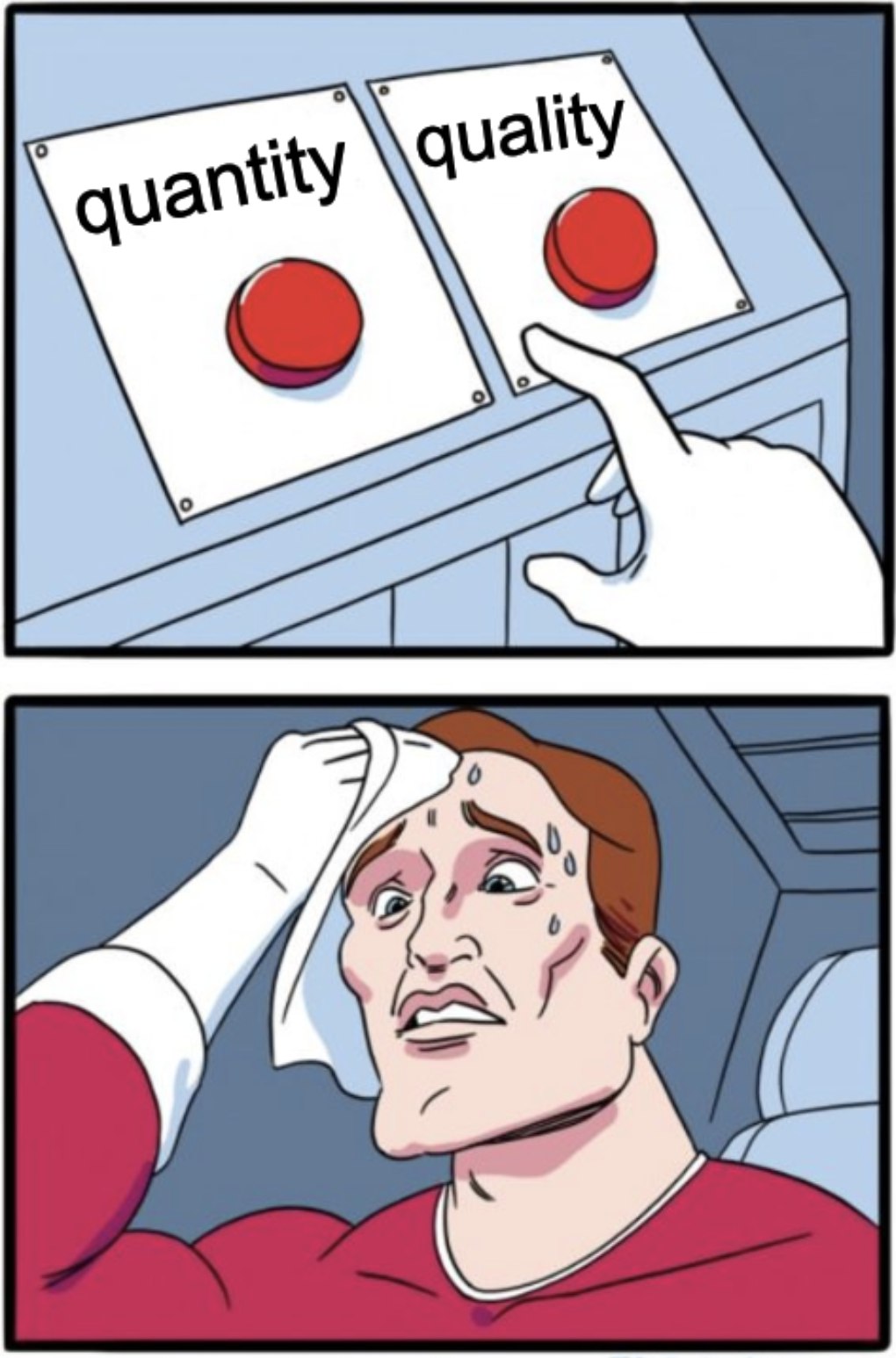 When items that need to be measured are subjective by nature:

This complicates the metrics, as subjective items cannot easily be reduced to a number. When we try to do this anyway, in some cases, we have to accept that it is hard to be objective.

Sidebar: Software is precise and logical, when it is executed. This leads to a common misconception that the act of creating software is also precise and logical. Consequently, this leads to another common misconception that software engineering is easy to quantify or measure. While software itself may ultimately have those traits (up for debate), software engineering has many aspects to it that are more art than science. Think about programming languages’ linguistics, design patterns, test strategies, et cetera; these are all highly subjective areas, and therefore hard to put a number on. Case in point: negative lines of code metrics. This is something that many software engineers go through in their careers, almost as a right of passage.

Designing metrics for items that are inherently qualitative is a tricky balancing act. If what gets measured gets worked on, poor design has adverse side effects: When you measure the wrong things, the wrong things get worked on. Look out for this, and avoid it.

For example, there will always exist a temptation to spend less time on a small number of important tasks, in order to be able to spend more time on a large number of less important tasks. When rewards are tied to metrics, there will be optimisation efforts to maximise those metrics. That is usually a good thing; however when metrics are not properly weighted by importance, it results in a system of perverse incentives… something to avoid!

Suggestions regarding Quantity vs Quality permalink

Various items are either quantitative or qualitative by nature. This cannot be changed. What can be changed is how they are measured.

Here are some specific suggestions for creating metrics to estimate qualitative items.

Think of task estimation done during sprint planning with a product team (from the Agile methodology). This usually involves poker cards, Fibonacci numbers, or T-shirt sizes. These techniques categorise a particular task on how hard it is to complete (time commitment, risk of complications, et cetera). It is estimation via group consensus.

For example, a tiered approach to creating metrics for tasks could be:

The above plugs into the T-shirt size categories that a team is already estimating, and creates two metrics. The more complex tasks get measured separately from the less complex tasks. This results in a two-tiered metric. This ensures that the team is still incentivised to complete the more difficult tasks; and not only the easier ones.

This is slightly more complex than the tiered system described above, but draws upon the same principle. Tasks are categorised into buckets based on complexity. The difference is that each task is multiplied by a “weight” prior to being added to the metric value: Resulting in a weighted sum.

Some pros and cons over the tiered approach:

It is unlikely for a team to get metric design correct on the first iteration. So share your team’s approach with other teams facing similar challenges. This may yield a common approach between multiple teams; or alternatively it might yield a divergent approach.

Either way, you can use the opportunity at the end of each metrics cycle (e.g. quarterly), as an opportunity for a retrospective - not only on the results, but also the design of the metrics themselves. If some teams choose divergent approaches, that lends itself well to hypothesis testing and A/B testing too! 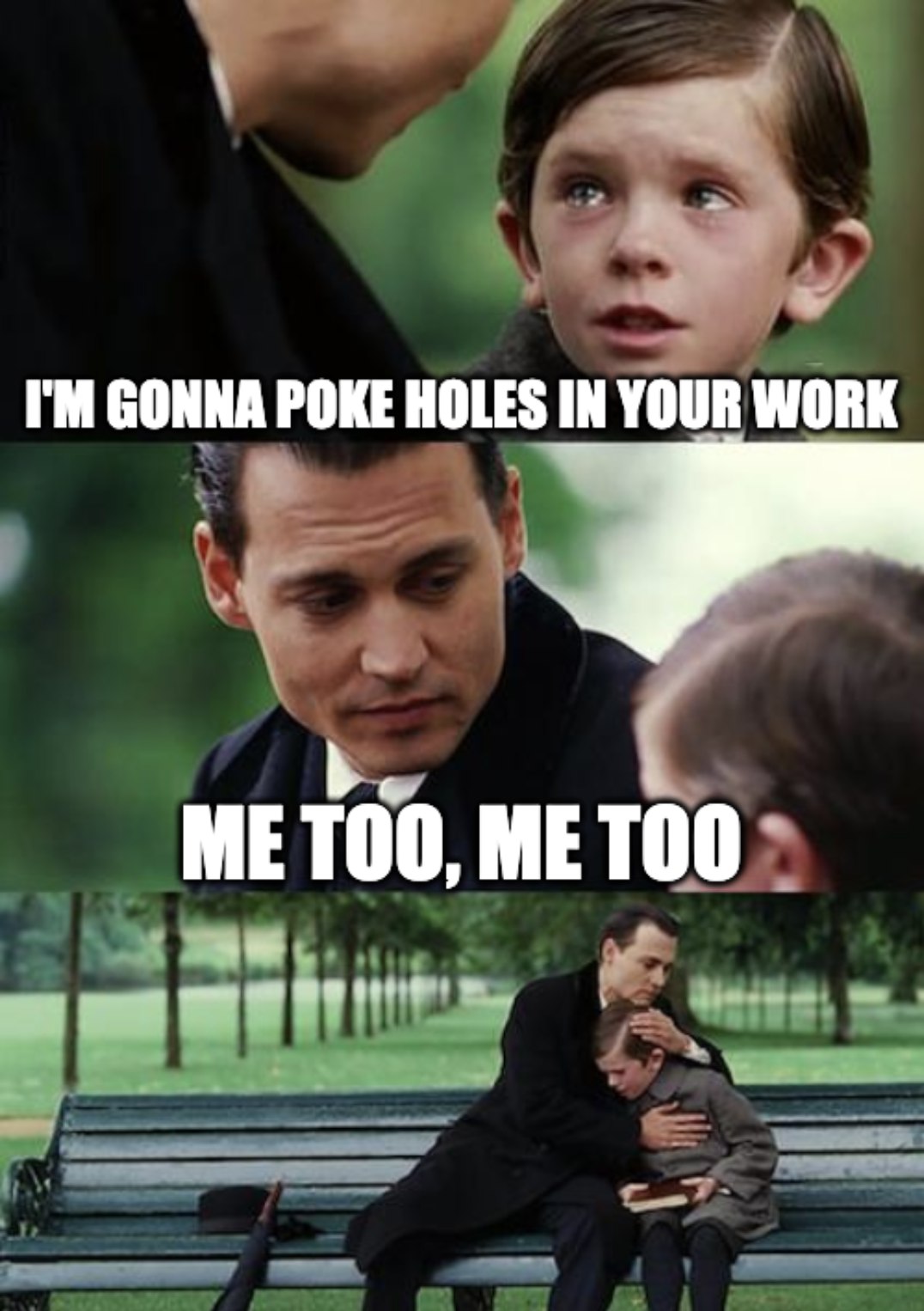 This dimension applies to the interactions between multiple teams within the same organisation. Specifically the between teams who are “supposed to” head in opposite directions from each other.

Sidebar: There is no intent to portray these teams or functions in a negative light..

This leads to a tension, where it would appear that one team’s success depends upon the other team’s failure. And that appearance may get nudged towards reality if the metrics are not designed carefully to avoid a zero-sum game situation.

That being said, some level of this tension is natural, and is a sign of a healthy organisation: Different teams playing their part. Somewhat counterintuitively, the complete absence of this may even be indicative that something is wrong - for example, that there are too many yes-men present, or that there is some level of metric-gaming or metric-avoidance in play. When these tensions are present, remember that they are natural and expected; and they aren’t something that should be avoided.

Here are some specific suggestions around the approach towards metrics involving antagonist functions.

This has more to do with team structures than metrics. Instead of having separate teams with separate or divergent goals, have those particular team members be in the same team.

For example, the QA team could embed a test engineer within product teams. Leverage the human factor: When people work in the same team, they talk to each other more often, and (mostly) work out their differences proactively.

The chief caveat here is that this shifts the tensions related to antagonist functions from being inter-team to being intra-team. This means that the “embedded” person needs to be fairly senior or experienced, lest these tensions be solved by means of a “rollover” - i.e. the creation of a yes-man.

Other caveats are around resourcing constraints: Larger organisations have larger team sizes. Therefore they have the ability to do this. In smaller organisations, usually the team sizes are simply insufficient to be able to feasibly do embedding.

Using a hypothetical starting point, where we have a product team and a QA team with one metric each, like so:

You can immediately spot the tension that will erupt between these two teams… when stated like this. In practice, the teams often think about their metrics in silos, and then these get assembled together at the organisation level at the beginning of a metric cycle. This is usually done in great haste, and thus tensions like this tend not to be spotted in time.

To avoid that, perhaps teams such as QA, security, et cetera who know that they have a high likelihood of creating “opposing” metrics, can preemptively speak with the other teams, and create some cross-function metrics.

After a discussion, these teams may rewrite their metrics like so:

Sidebar: The above example metrics are, quite frankly, bad examples. I struggled to come up with better examples without getting too specific - will update when inspiration strikes!

The above relies on the ability of the two “opposing” teams to identify common ground. After all, both teams are working towards the same organisational goals. The act of designing metrics should not be taken as licence to forget or lose sight of the common ground. Otherwise, one team’s pursuit of metrics can end up as an obstruction or blocker in the view of the other team; and vice-versa. Instead, keep the common ground top of mind.

Sidebar: Managed to write the above without using the word “synergy” even once. 😅😂

We’ve covered locus of control, quantitative vs qualitative, and antagonist functions - the three dimensions which I consider to have the most far-reaching impact on software teams; and the ones to consider first during metric design.

Here’s a laundry list of the other aspects of metrics, that I consider to also be relevant. Note that this list is not specific to software teams.

What gets measured gets worked on… and hopefully improved. This does not always come true though. Implementing metrics within a team does not automatically guarantee an improvement - work still needs to be put in. This work needs to be aligned with the metrics, which in turn need to align with the goals.

Think longer term than the duration of the metrics cycle. For example, if the cycle is quarterly, think about how the metrics might pan out across the year; and keep your sights set on long-term aspects of the organisation.

The design of the metrics is crucial to success. This post provides some suggested solutions around 3 of the most challenging aspects of metrics tracking for software teams. Please employ your gut feel and common sense - your particular situation is going to be unique, so use what works. Thanks 🙏 to Luis Fontes for being a sounding board, and his illuminating discussions on this topic; which triggered/ led me to write about this!