I planted 3 trees! This was part of the One Million Trees movement in 🇸🇬. 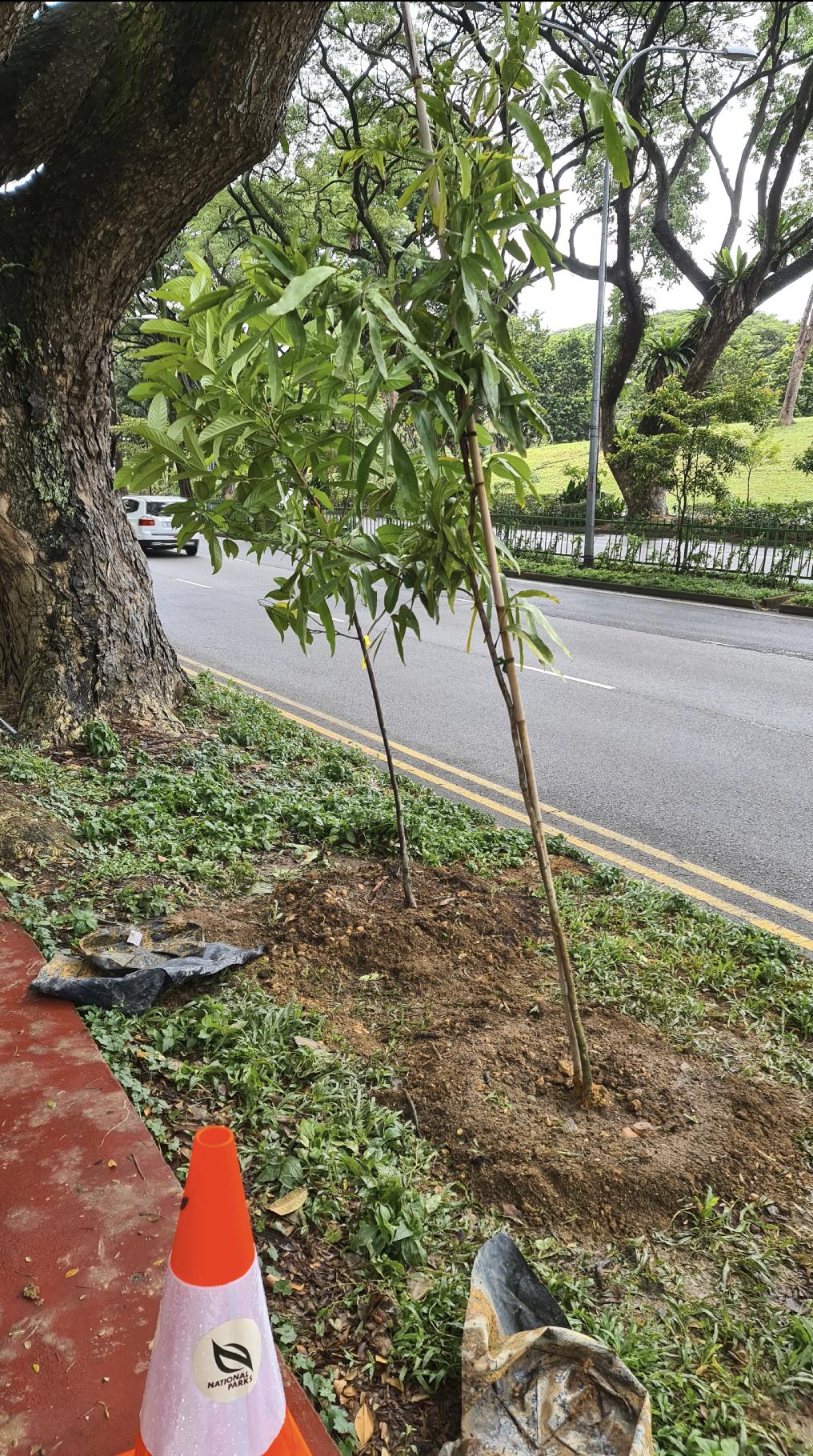 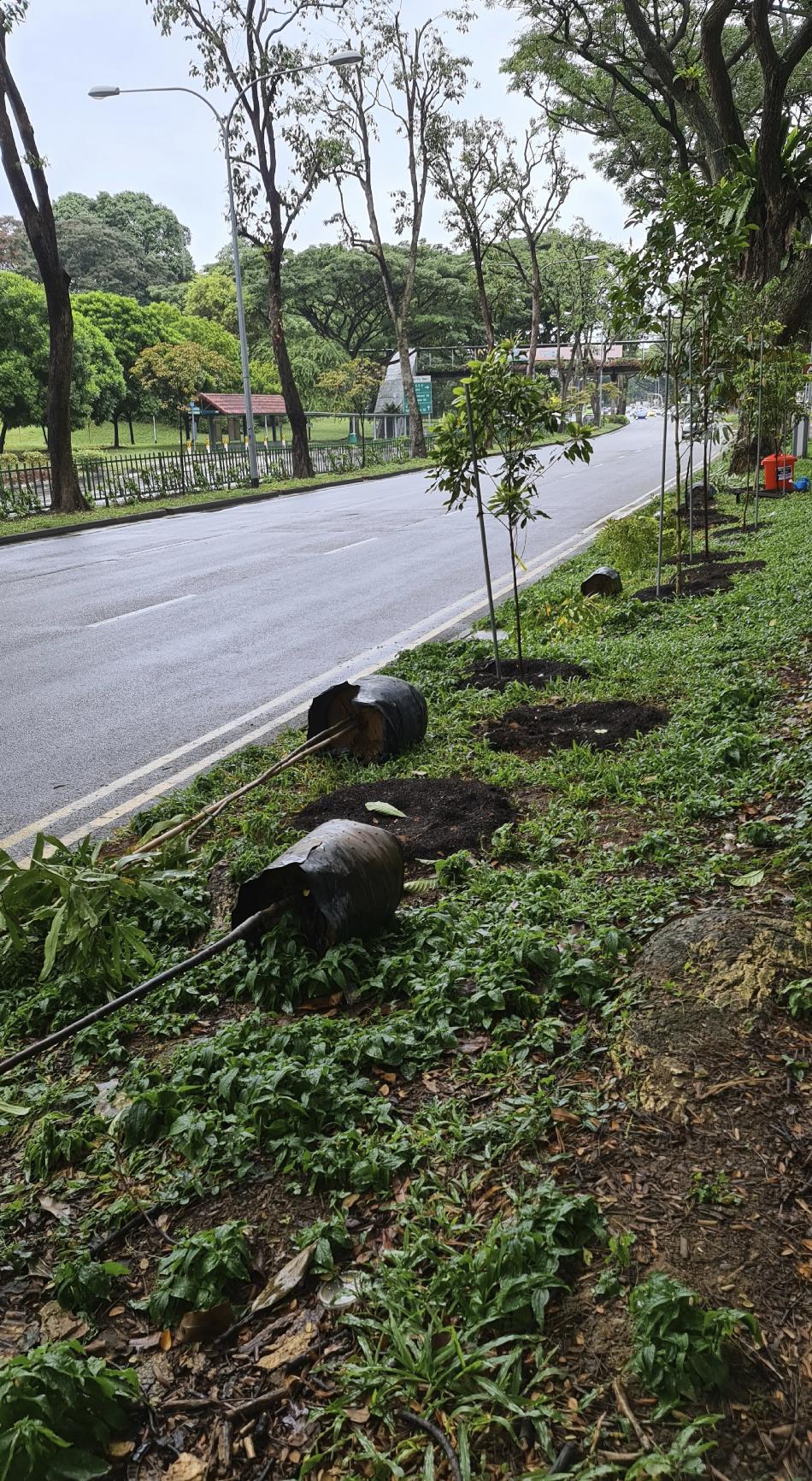 The trees even have their own web pages!

If you've been to Singapore, but have only been to the more touristy or commercial areas, you might agree with that tagline.

... and you may not have noticed that the rest of it mostly looks like this: 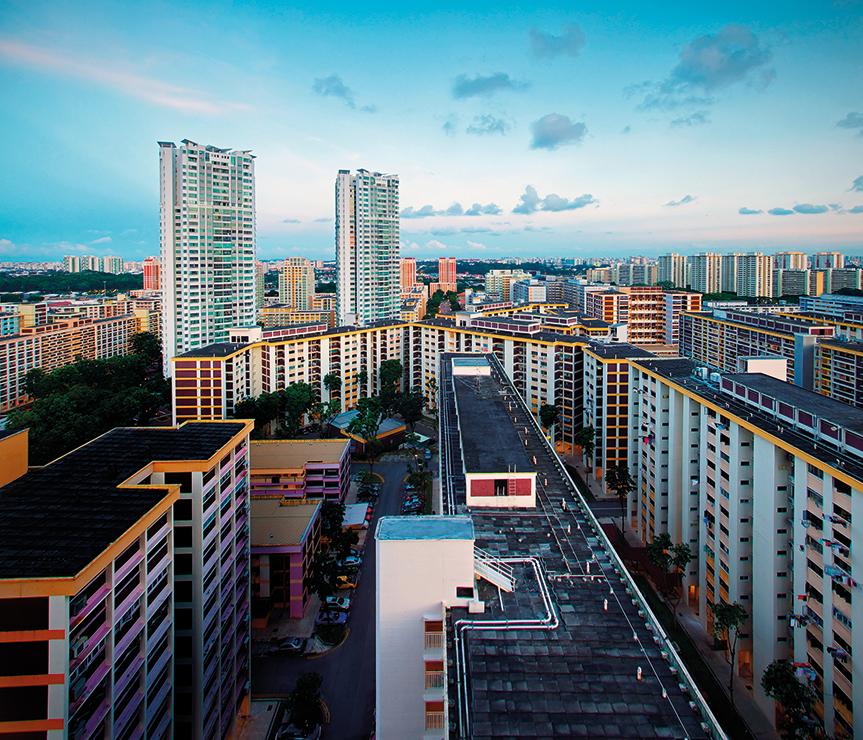 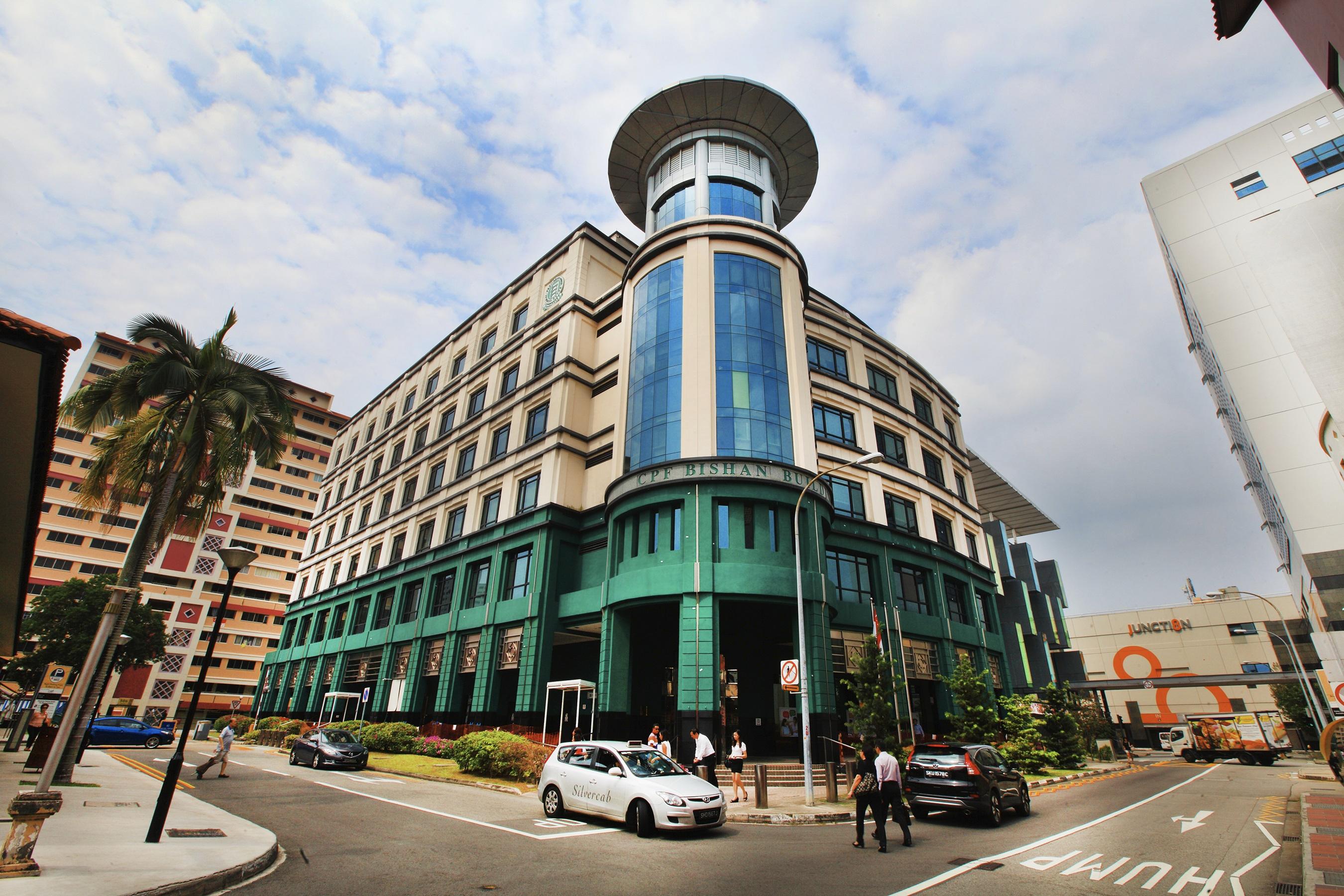 To be fair, I think it is doing pretty well with regards to greenery relative to its population density... but what you see around you looks like this most of the time.

This is probably not going to change any time soon, but if there is a plan to cram as many trees as possible into those bits of green, that is a very welcome change by me. It'll certainly reduce the urban heat island effect... 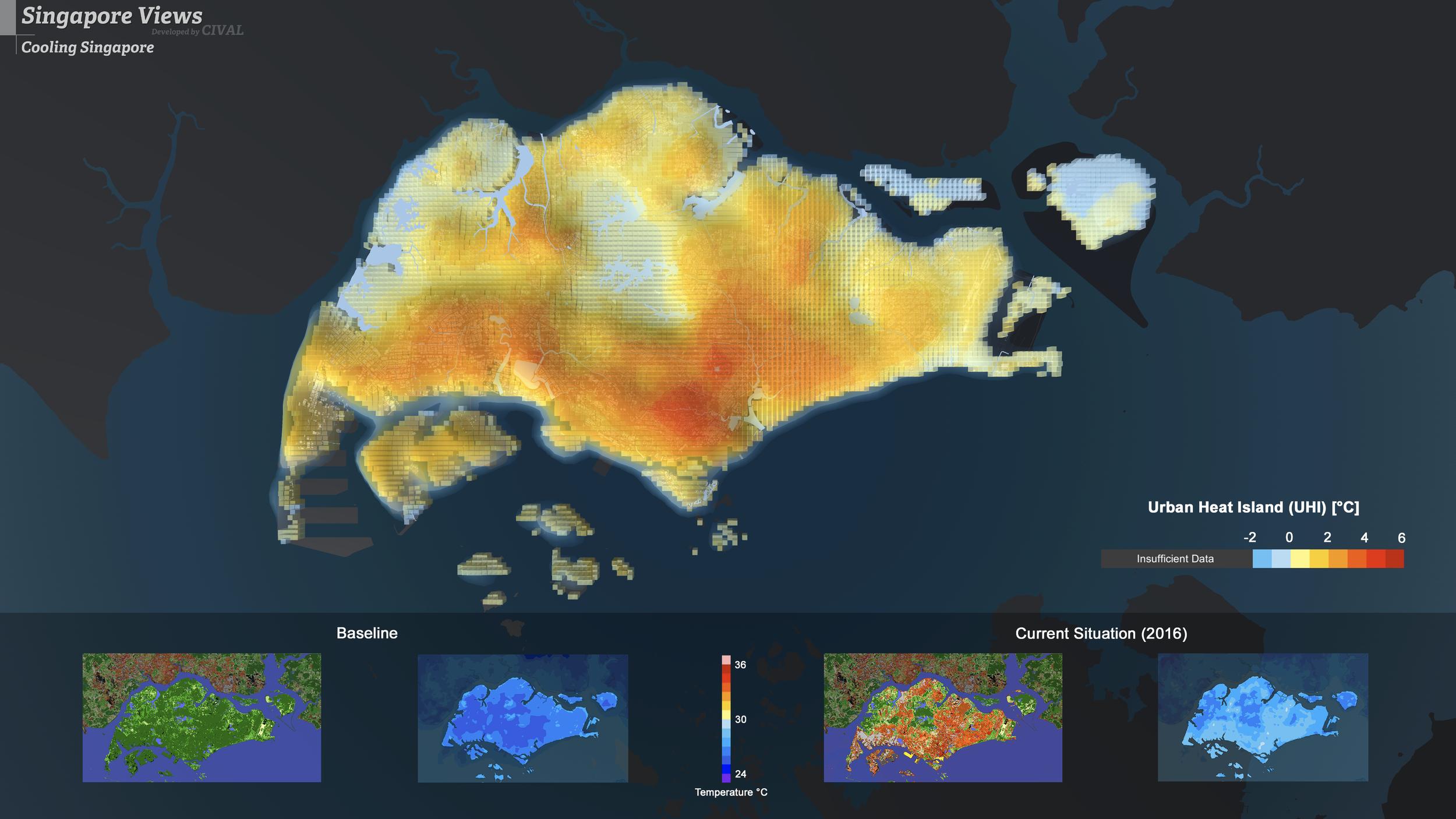 ... but most pressingly, sequester a lot of carbon.

The first two are important locally, and mainly affect day-to-day comfort. However, sequestering carbon is important, and has effects on a global scale. 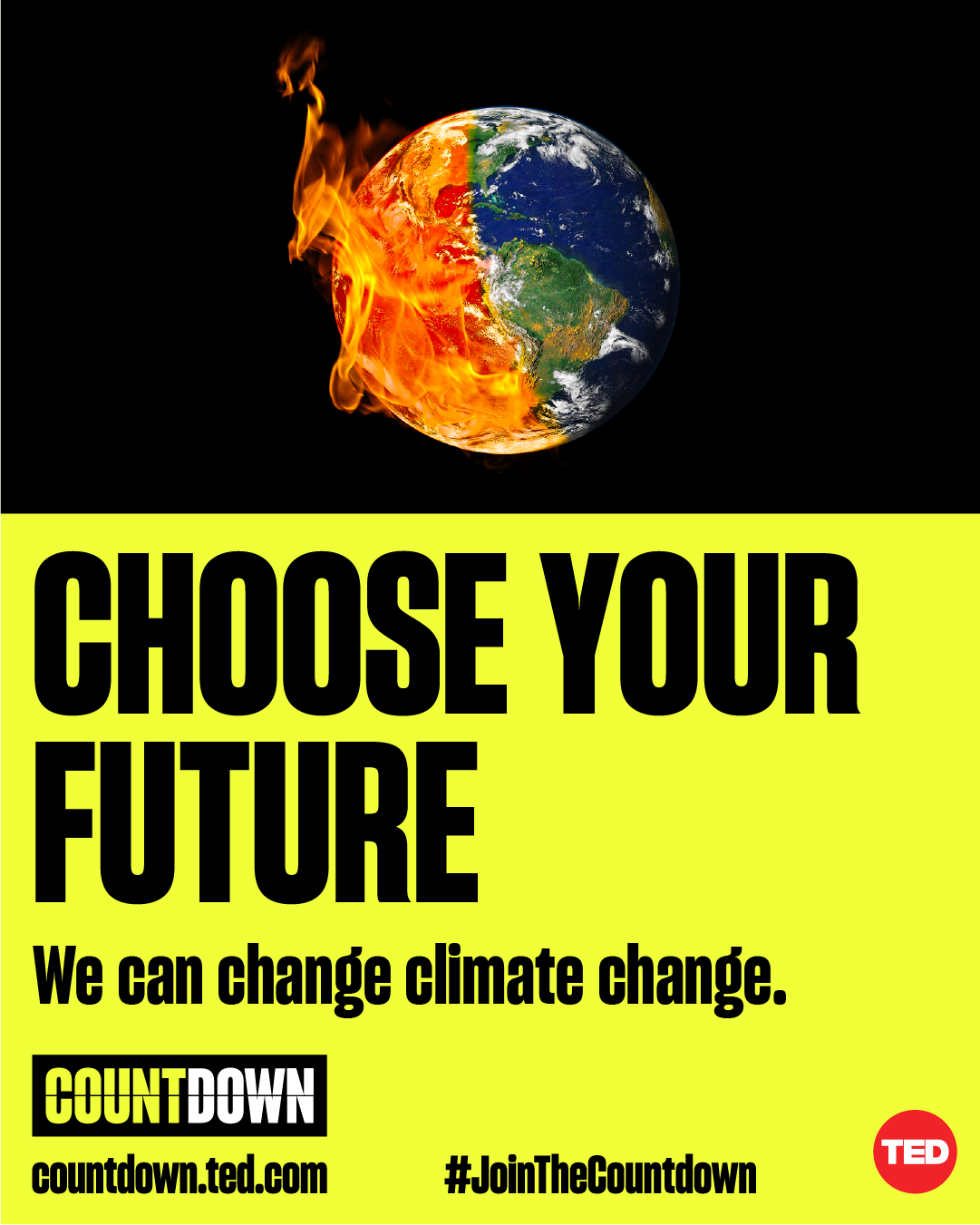 TED talks are usually between 15 and 20 minutes long. But this one was marathon-length - over six hours.

In particular, this talk inspired me: 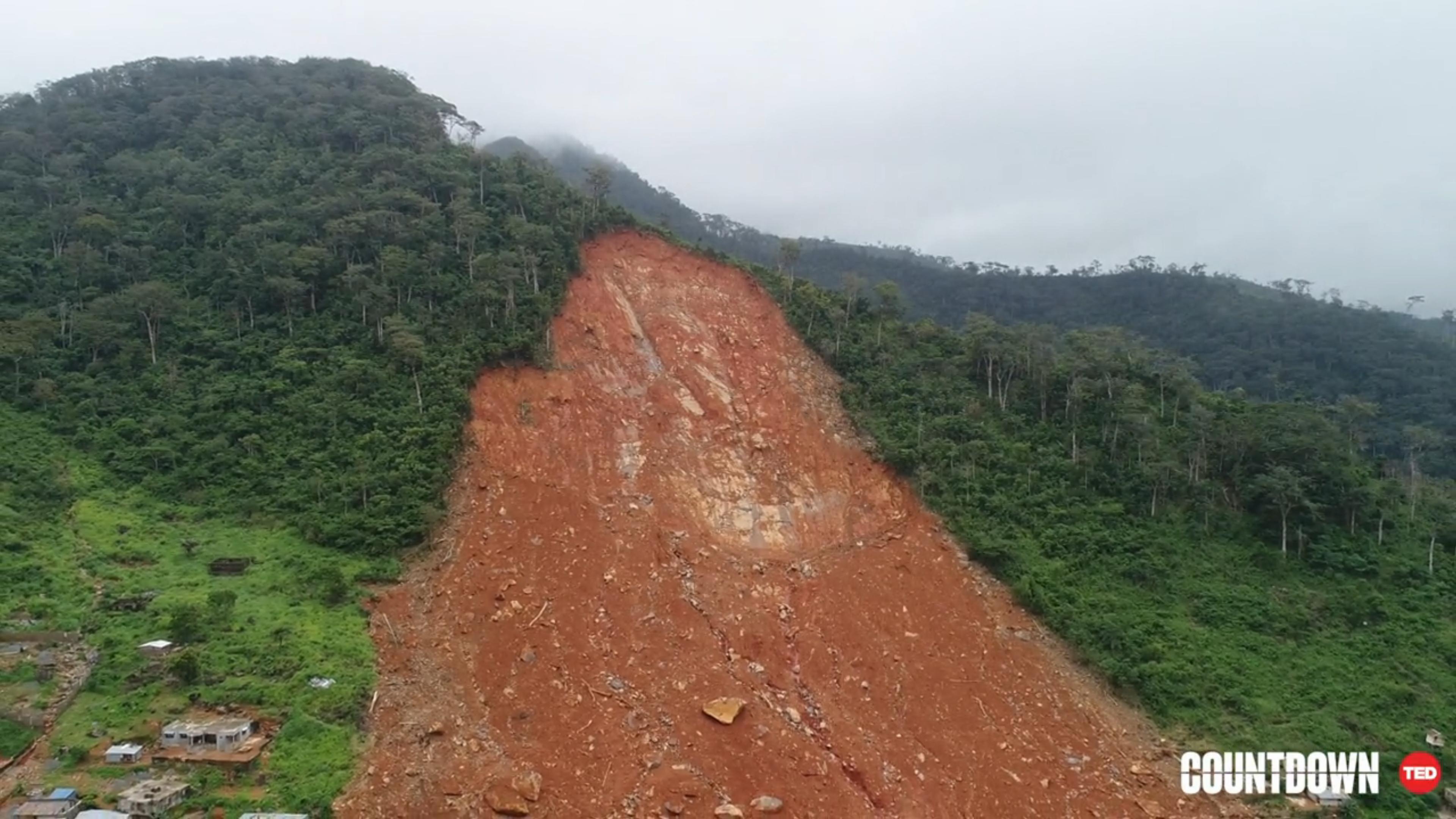 Make Freetown a tree town once again. Our goal: To increase vegetation cover by 50 percent in Freetown by 2022. That means we will plant a million trees within the next two years. And we start by planting the first 500,000 seedlings this rainy season.

... and it isn't just talk! They have started already, in June. More coverage of #FreetownTheTreeTown. 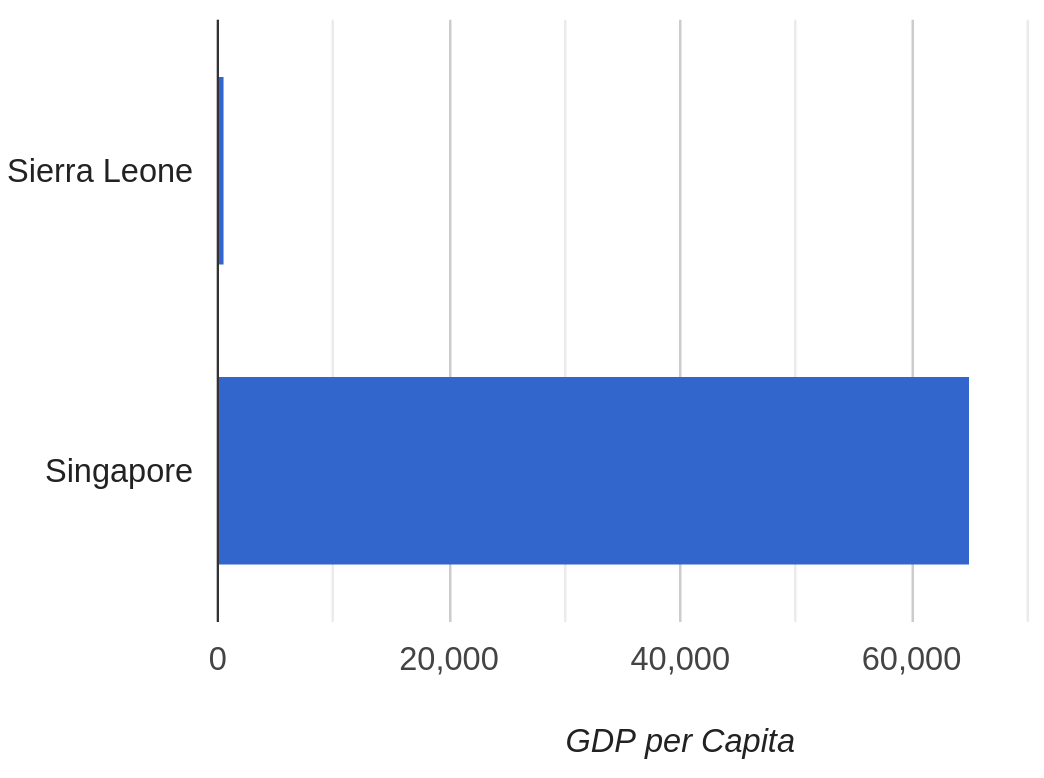 Sierra Leone, by the way, is a country with a GDP per capita of USD500; which is dwarfed by Singapore weighing in at USD65,000. That is a whopping 130x multiple!

Singapore is an island, with a very very tiny fraction of its land area that is more than a few metres above sea level. Our Prime Minister has already announced - in a National Day Rally, no less - that there's a tonne of civil and geological engineering and engineering going towards keeping large parts of the island from going underwater due to rising sea levels. 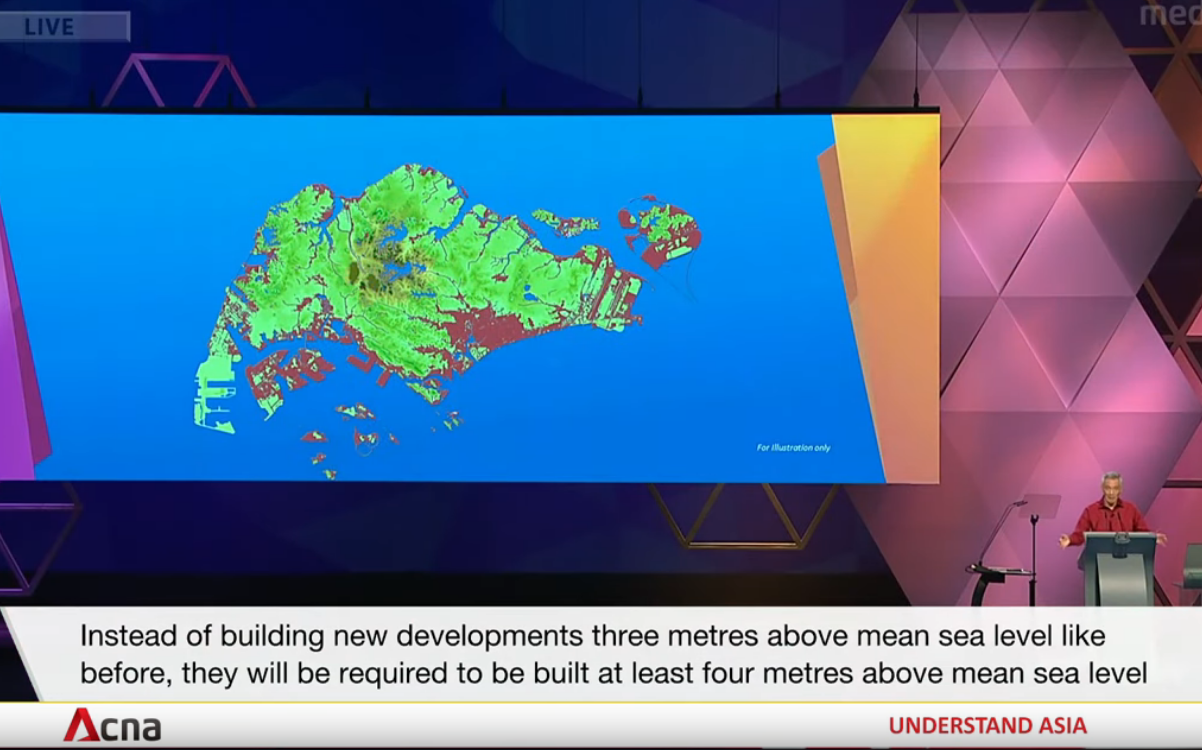 Needless to say then, that Singapore has both the resources and the impetus to effect a change.

Mangroves sequester an outsized amount of carbon. ... and Singapore is home to many mangrove species. Apparently, 36 of them, which is on the high end. 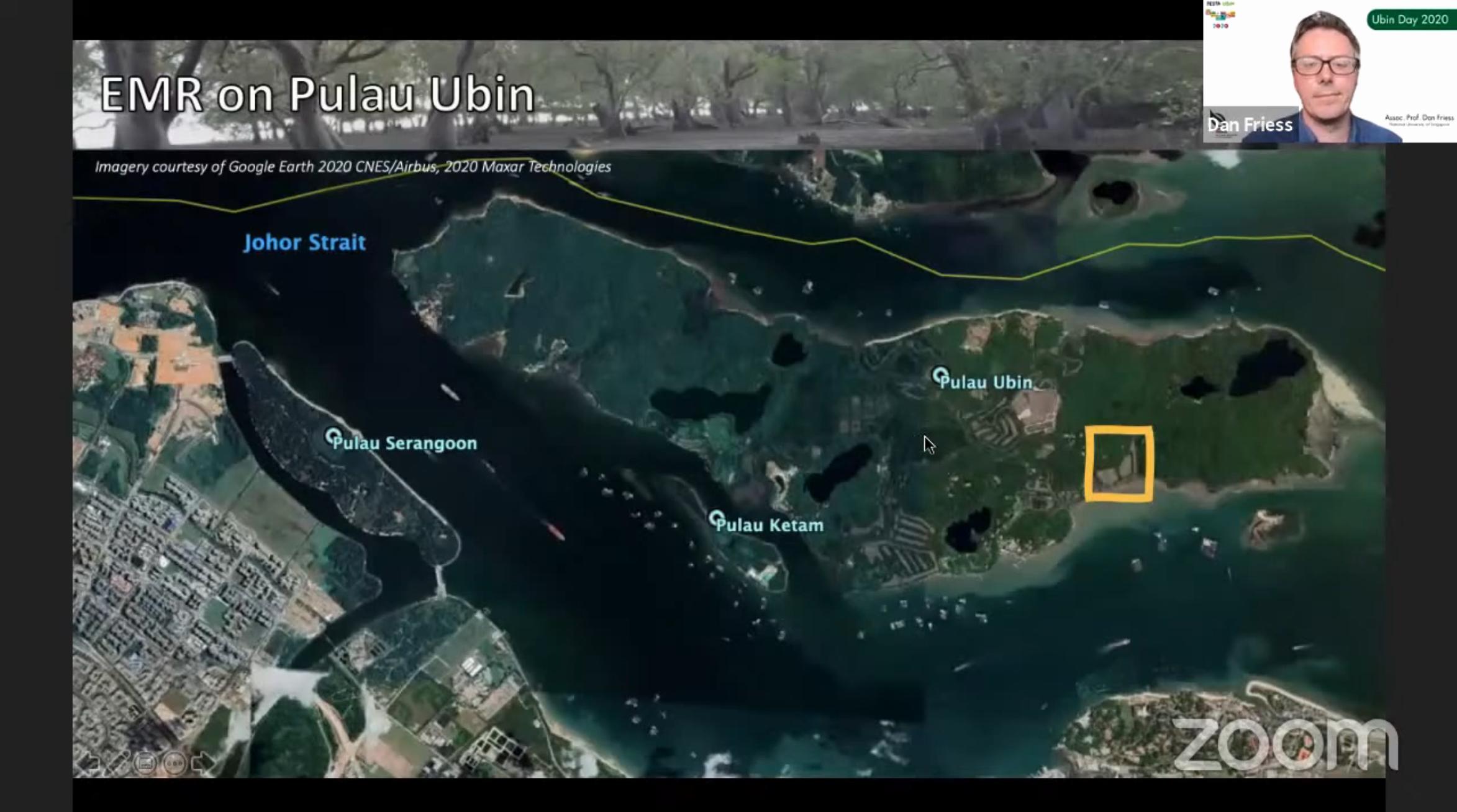 I looked for a way to plant mangrove trees. Turns out that there is a Restore Ubin Magroves initiative.

However, Ubin is rather ulu, so I'll come back to this - watch this space!

My next thought was literally:

However, twice this year alone, I have walked past notices put up by my local town council, which look like this: 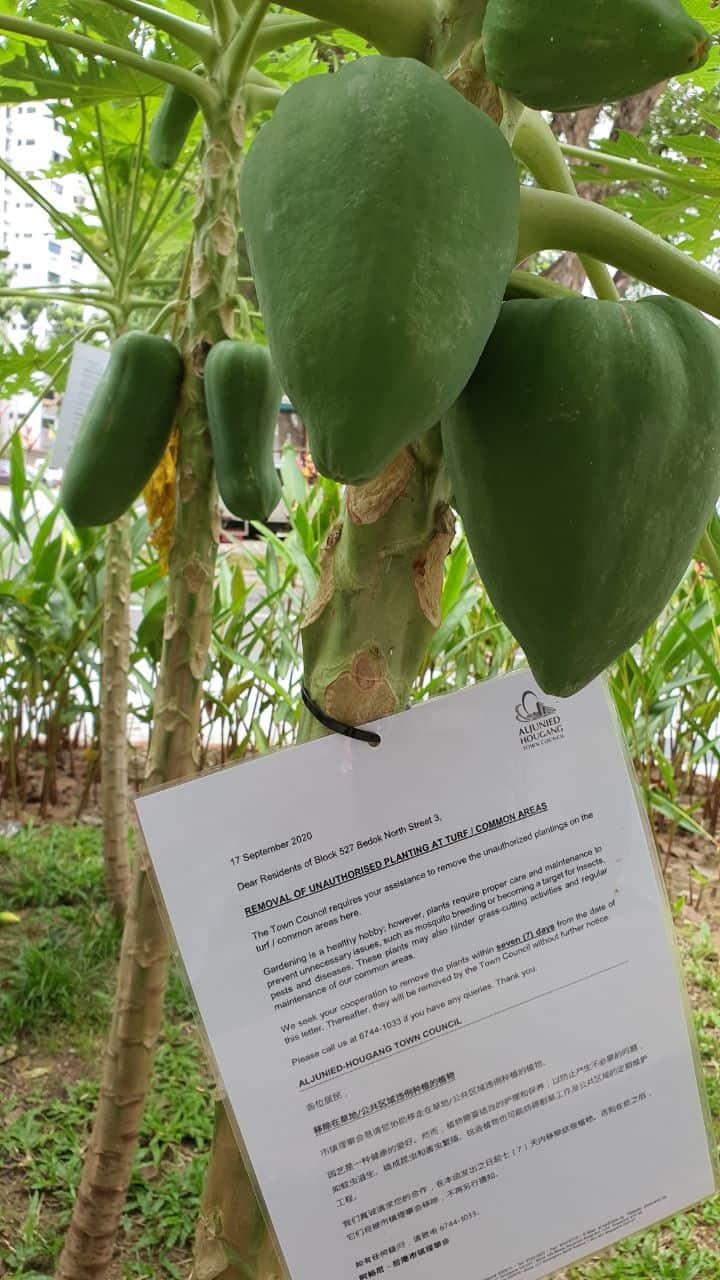 A "Removal of Unauthorised Planting" notice by a town council. Sadly these are all too common.

... and a few weeks later, I see those same sites razed to the ground. So I had to squelch that thought immediately.

... Not to mention, an epic footgun - The way I see it, it is one government agency (the Town Councils) indirectly cancelling out an initiative of another (National Parks Board) ... which segues to:

Then I chanced upon Trees.SG, and its accompanying One Million Trees movement, both run by the National Parks Board. This is a plan to plant a lot of new trees around the island by 2030.

Note that this is not quite as ambitious as the efforts in Freetown, Sierra Leone - they are aiming for the same number in just two years, compared to Singapore's ten year aim. Something is better than nothing though, and I'm stoked that this already exists.

Here is the process to participate:

(1) Browse through events, and select one: Upcoming activities - Trees.SG 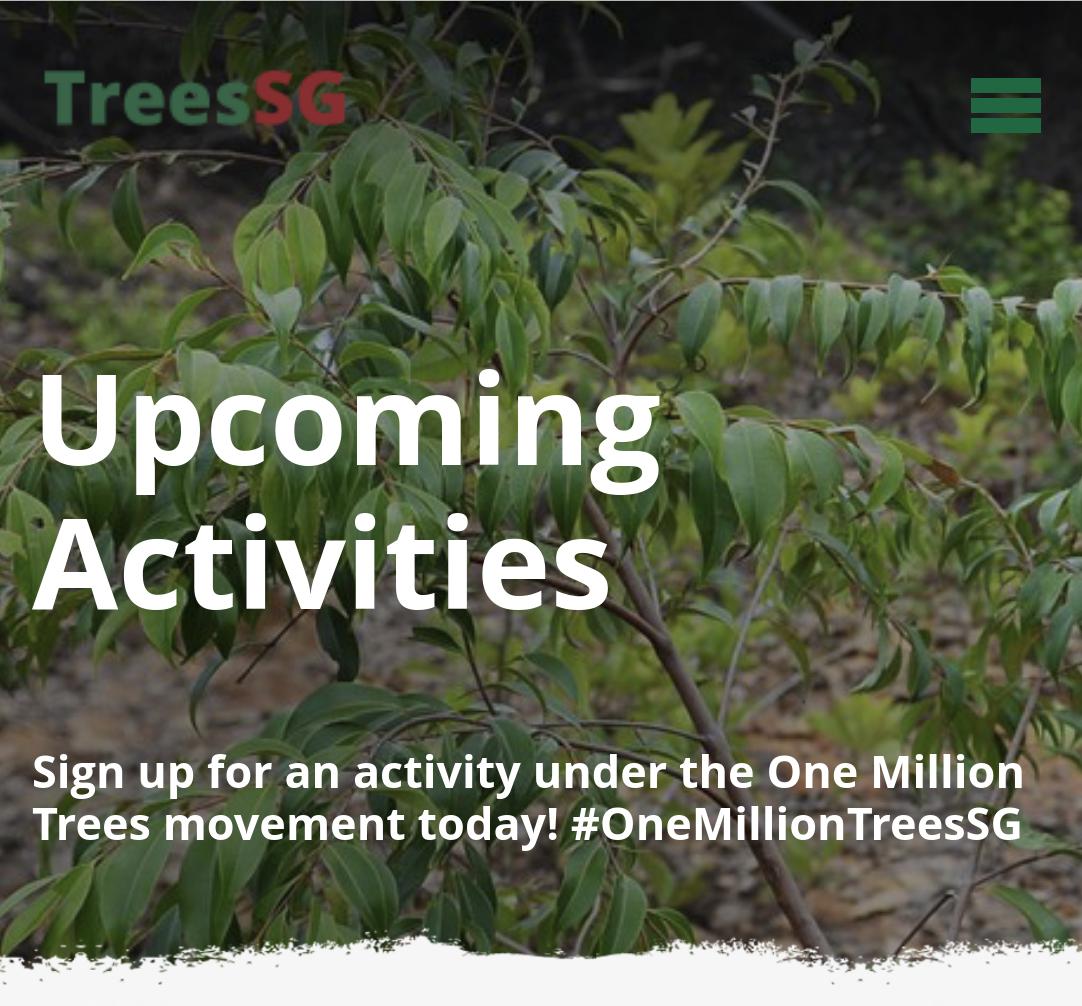 (2) Submit the form on form.gov.sg for that event: 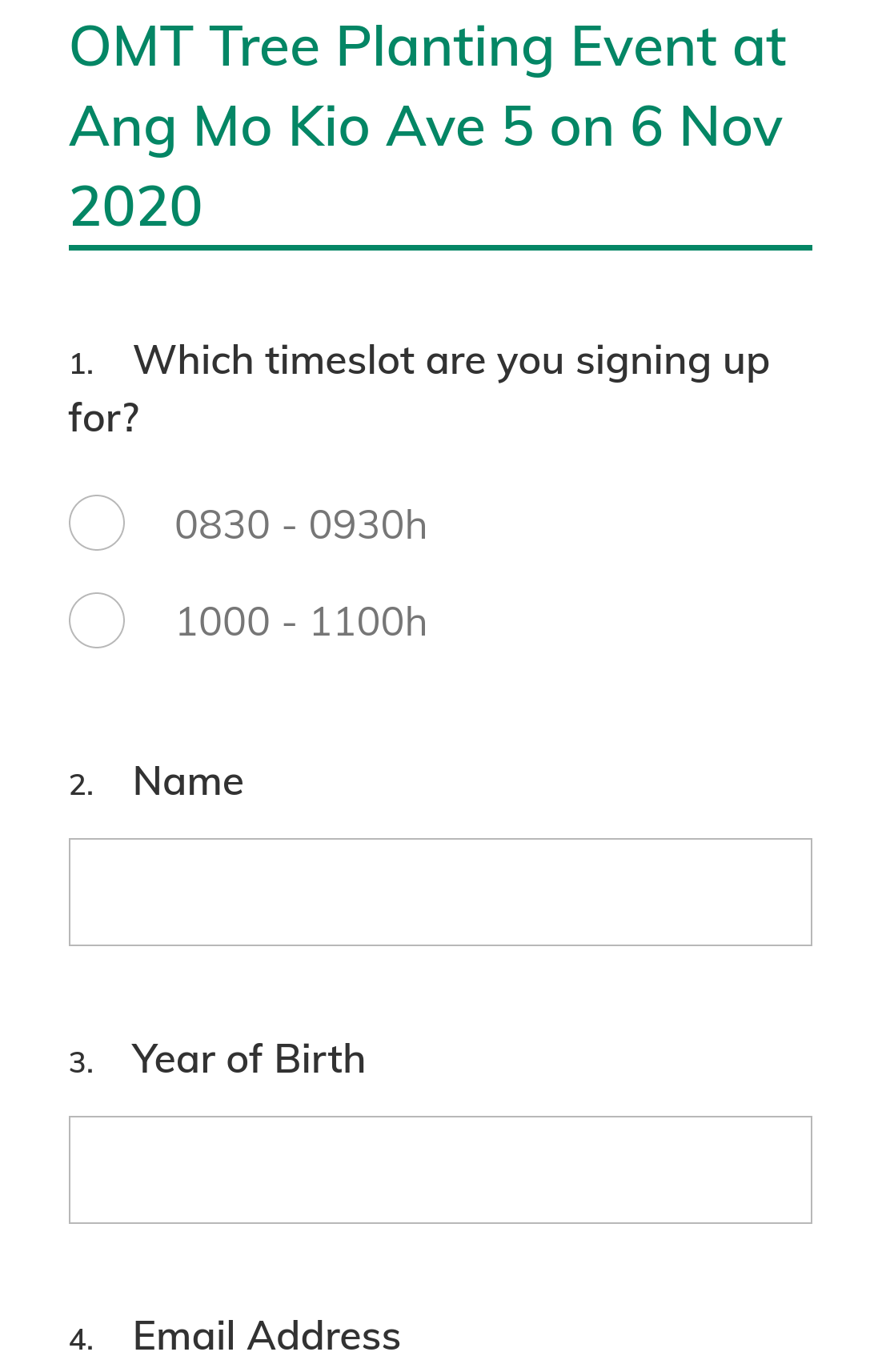 This uses some cool tech behind the scenes, which ensures that only the form's creator can see the data, even in the case of a data breach. 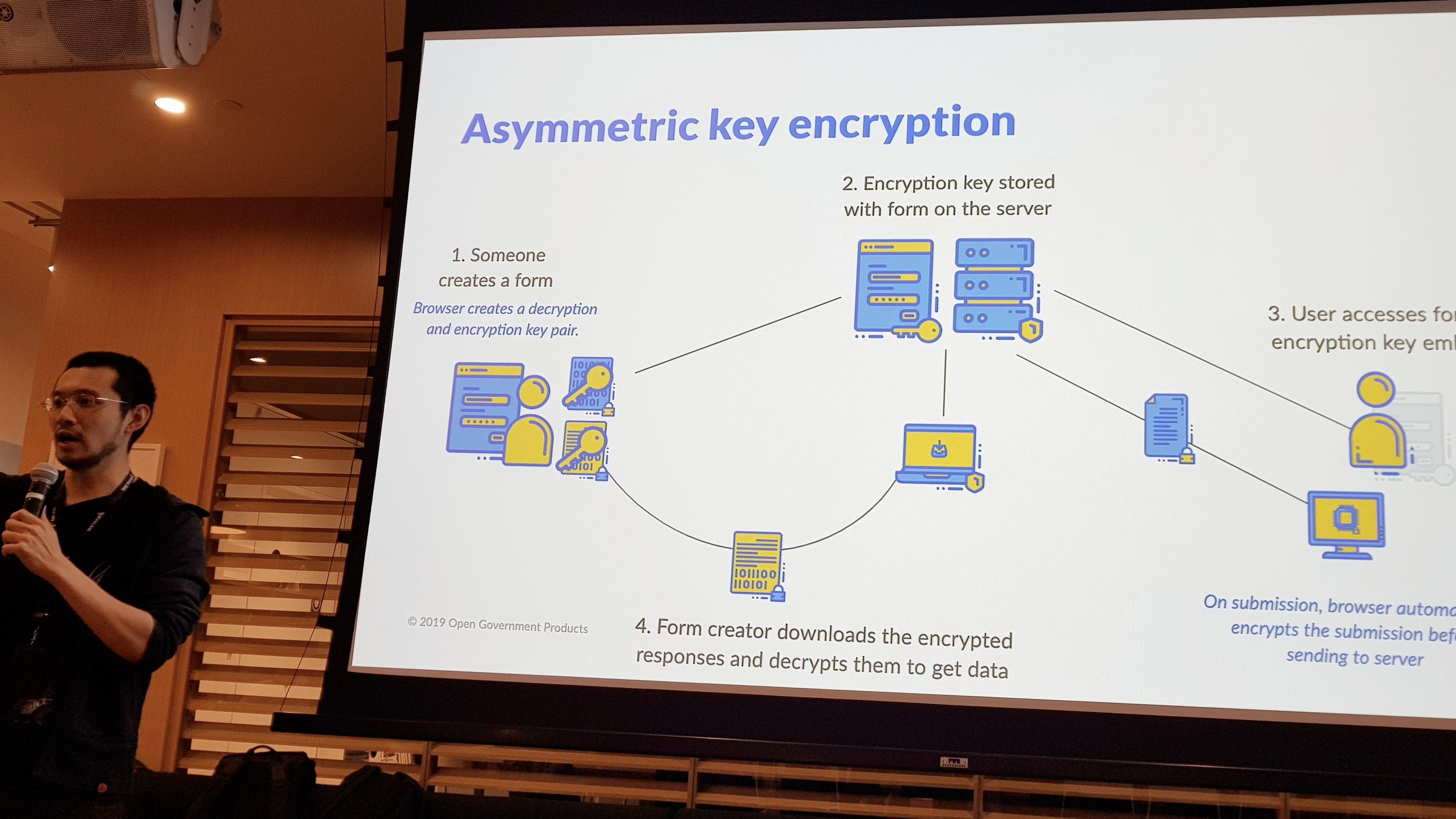 (coincidentally, said tech is made by the Prime Minister's son) 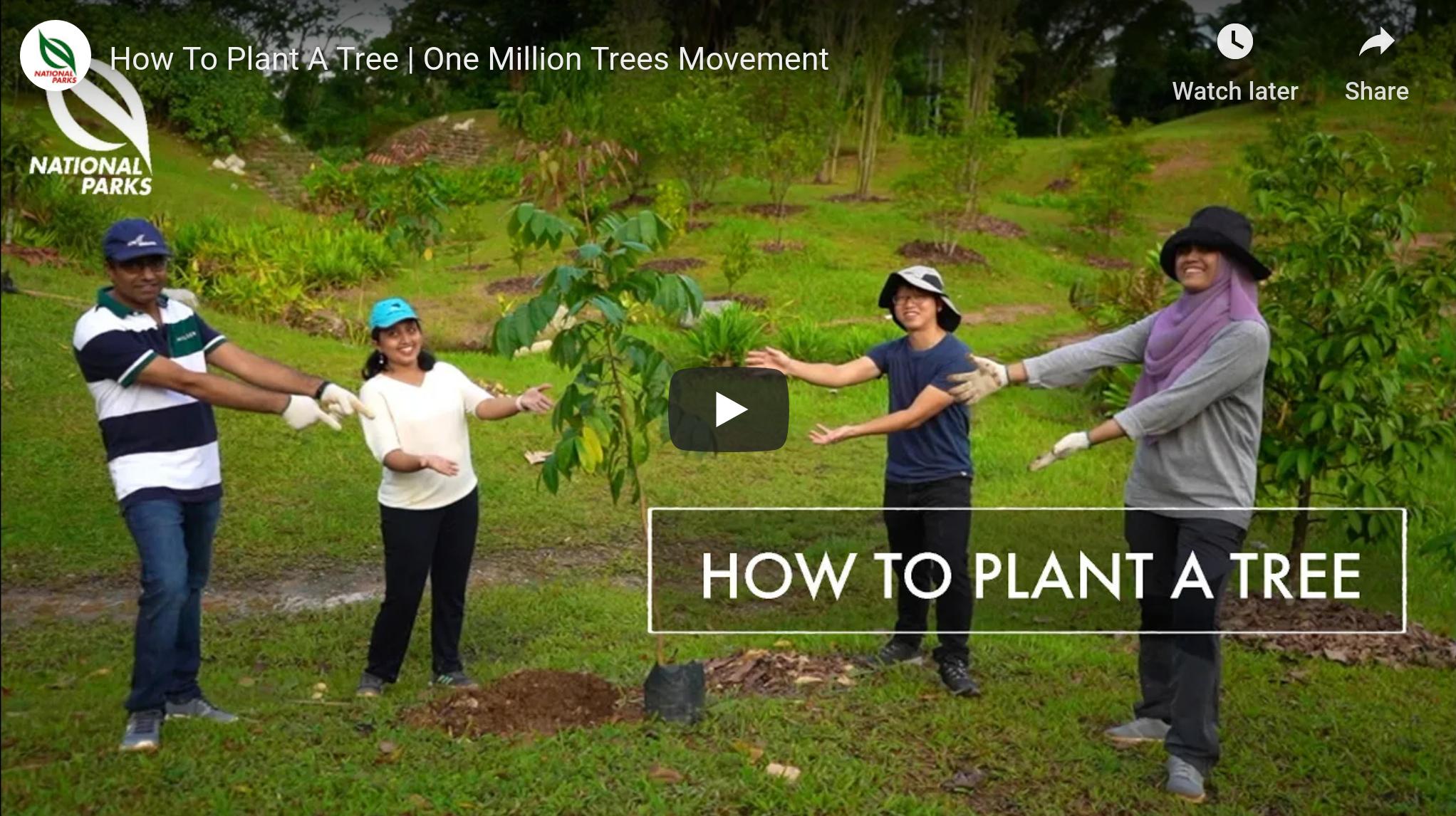 There are a few things which weren't mentioned the instructions, which I wish I had known prior to going: 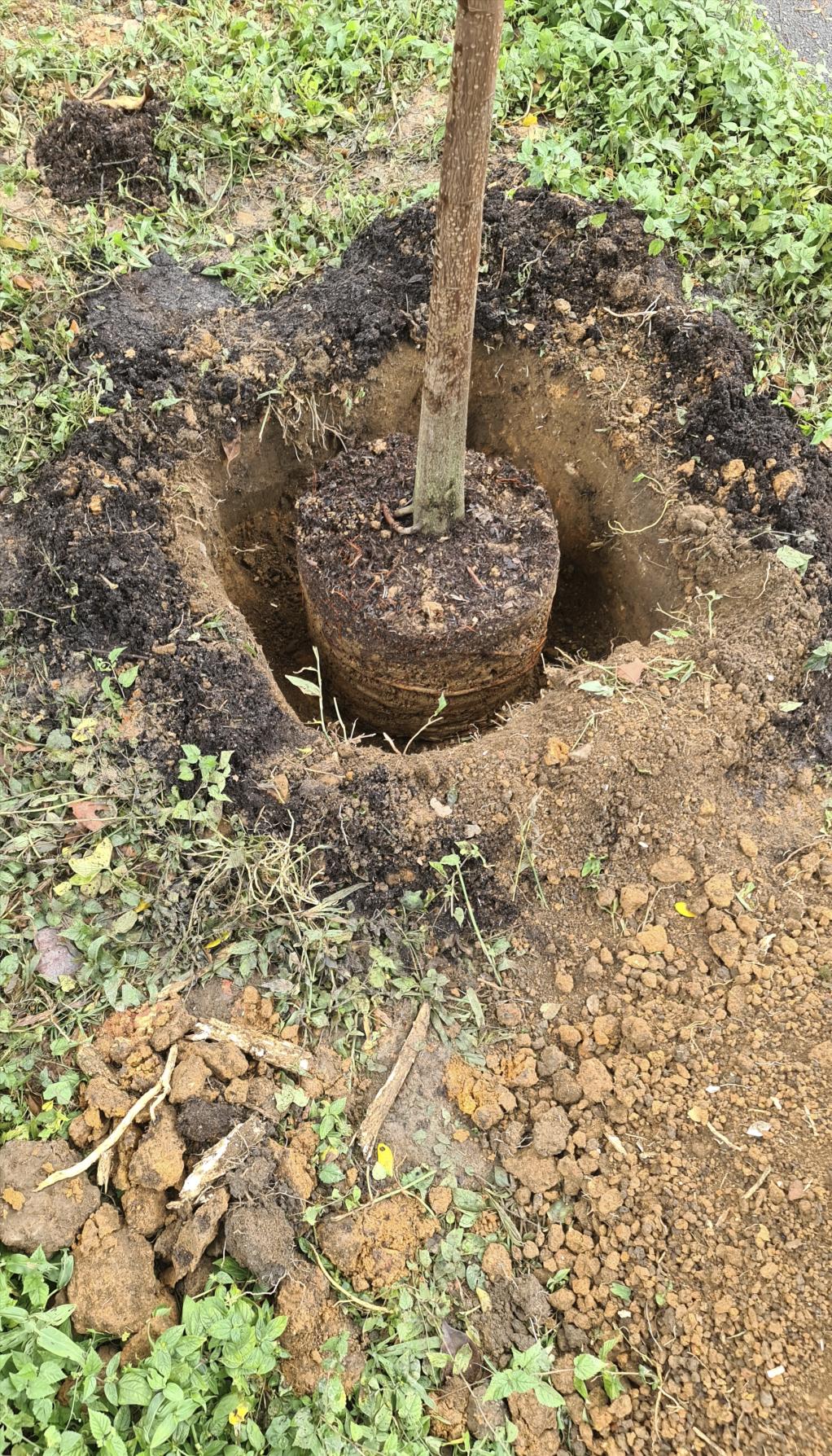 Be prepared to get muddy!

I found it really cool that as you planted each tree, a staff member would input the details on the spot: Its date, species, geo-coordinates, etc, and give you a QR code right away.

What I didn't like about it, is that the QR codes were printed on paper, and laminated in plastic. That was kind of at odds with my main motivation in doing this - carbon sequesteration. It's tiny, yes, but also symbolic. I would have much preferred for the URLs to be emailed to me, or to simply scan the QR codes from the staff member's phone.

Another thing is that this page takes extremely long to load. Just under one minute for an initial load, and over 30 seconds on subsequent loads. I cracked open dev tools in my browser, and at first glance, it looks like there's an easy win available, by applying progressive page loading: Load the selected tree identified in the query parameter (e.g. ?treeID=12394266), before loading the map containing all the other trees in its vicinity. 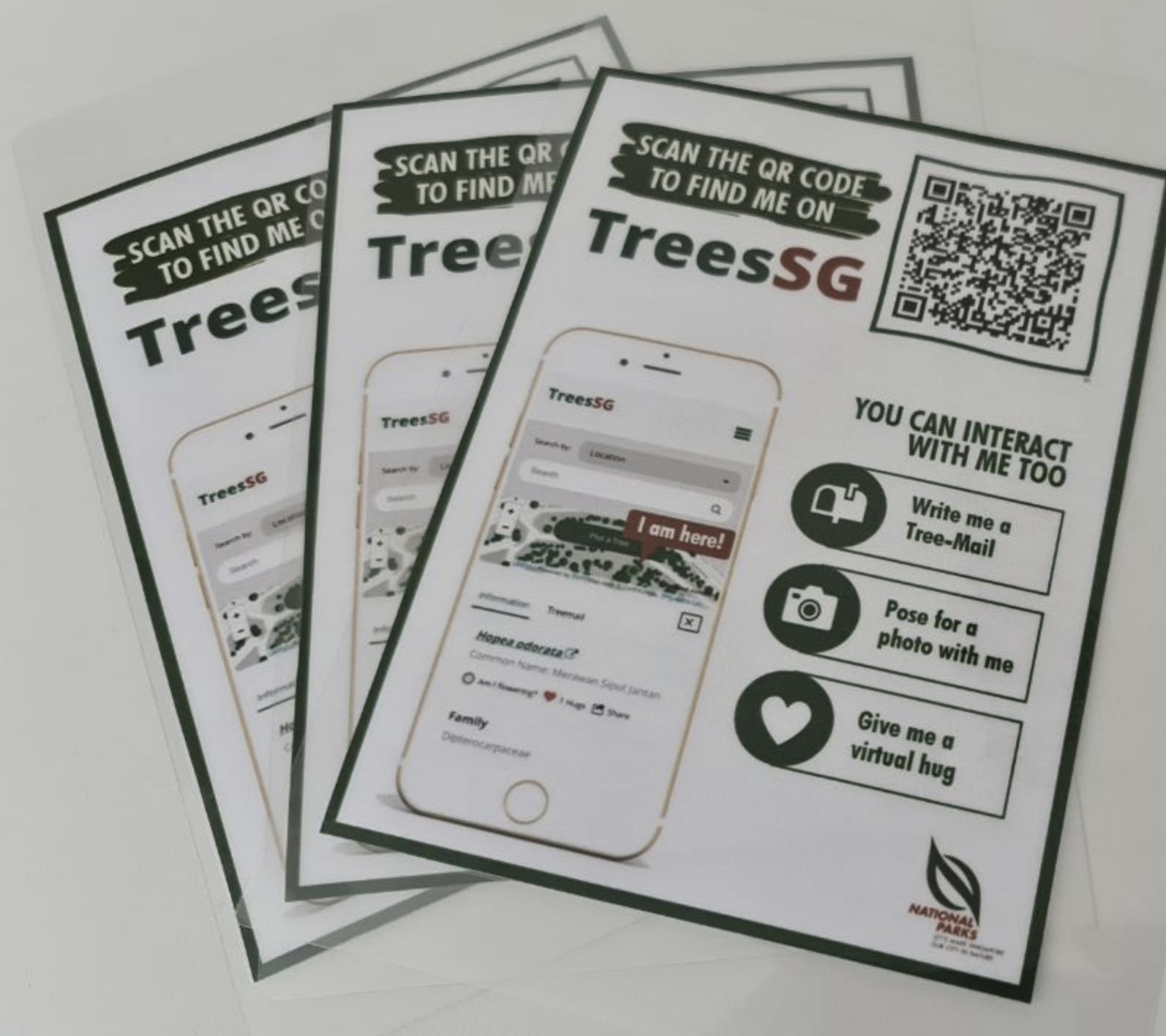 Scan the QR code, and that brings you to a page which tracks the tree that you have planted. Each tree even gets a like button and comment wall. For example, the following is for the very first tree that I planted: #12394266. 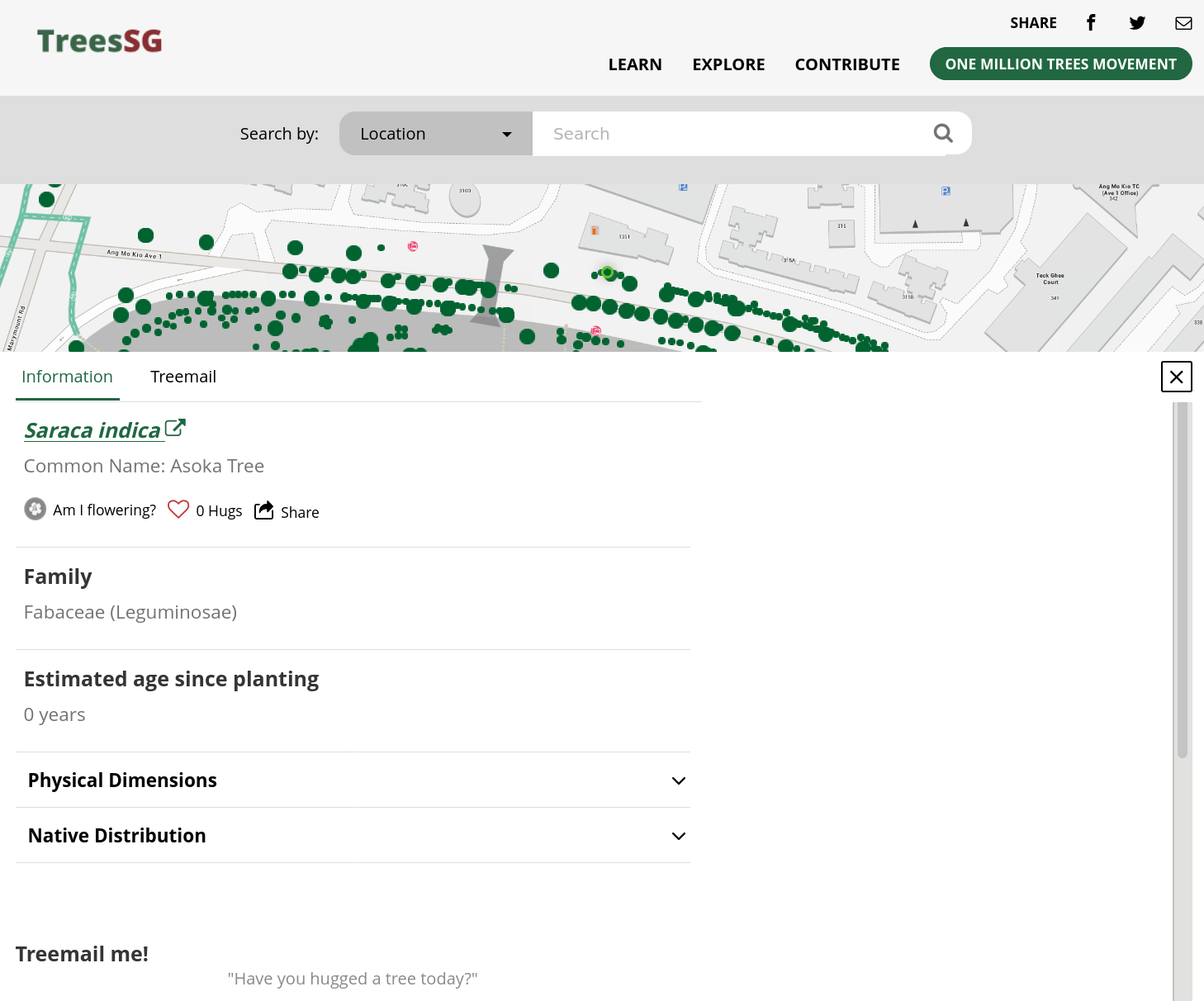 I really like this feature of being able to track my own trees, and I think it achieves a crucial part of the program's goals: Outreach and awareness.

After the rush from all the digging was over, a flurry of ideas came to me:

Sequestration is the act of undoing that conversion. This is something that trees do all the time, naturally.

When they photosynthesise, they extract carbon dioxide out of the air, and convert that, eventually, into plant matter such as wood. 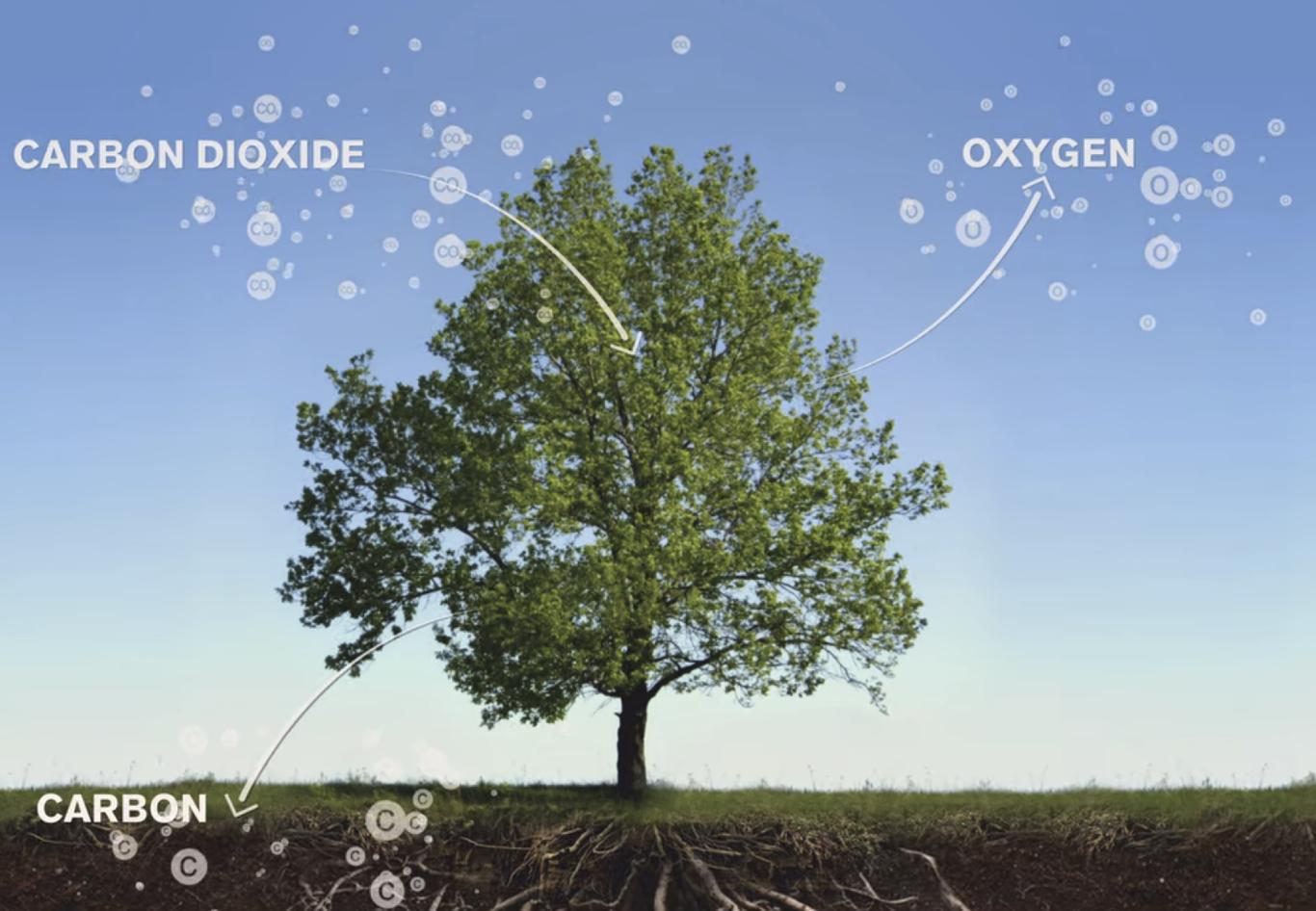 Another, perhaps less obvious, thing that they do, is send carbon out of their roots (as root exudates), 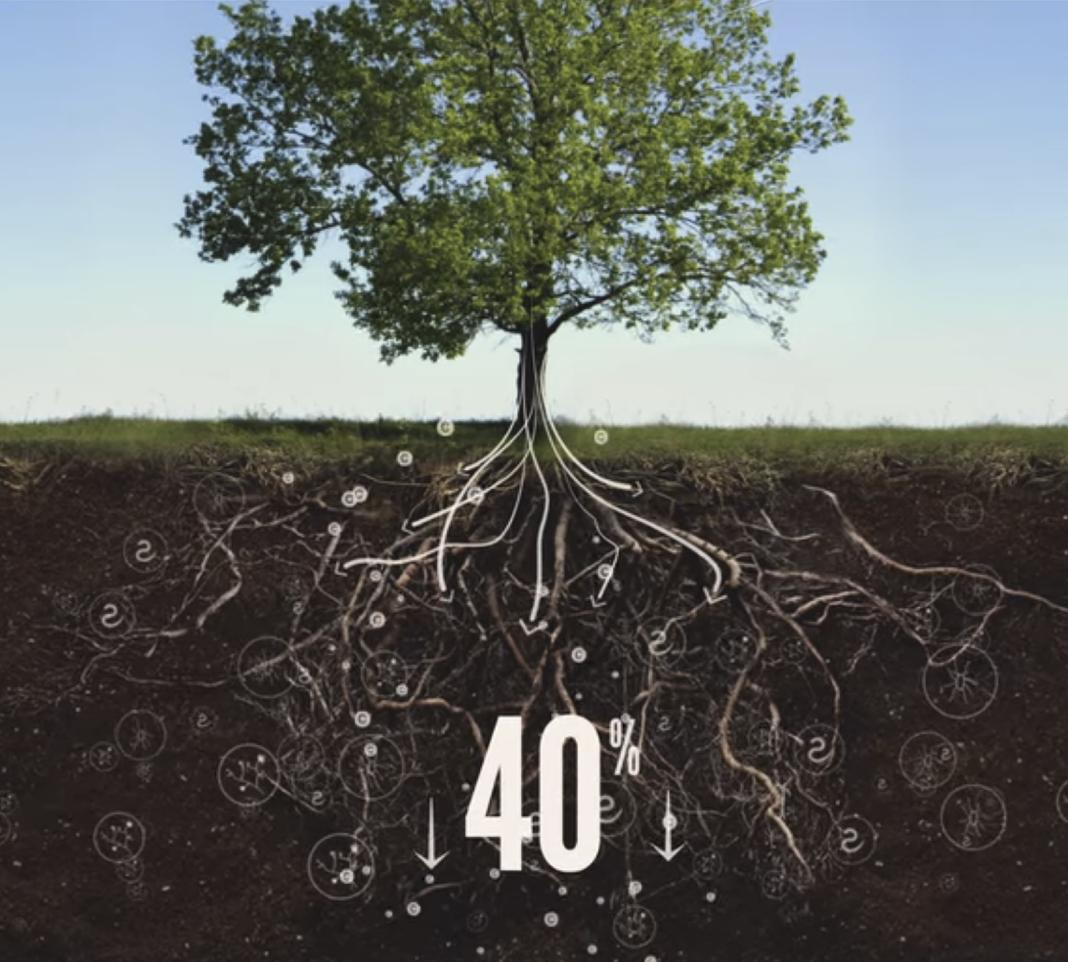 where it is then sequestered (as glomalin) in the soil. 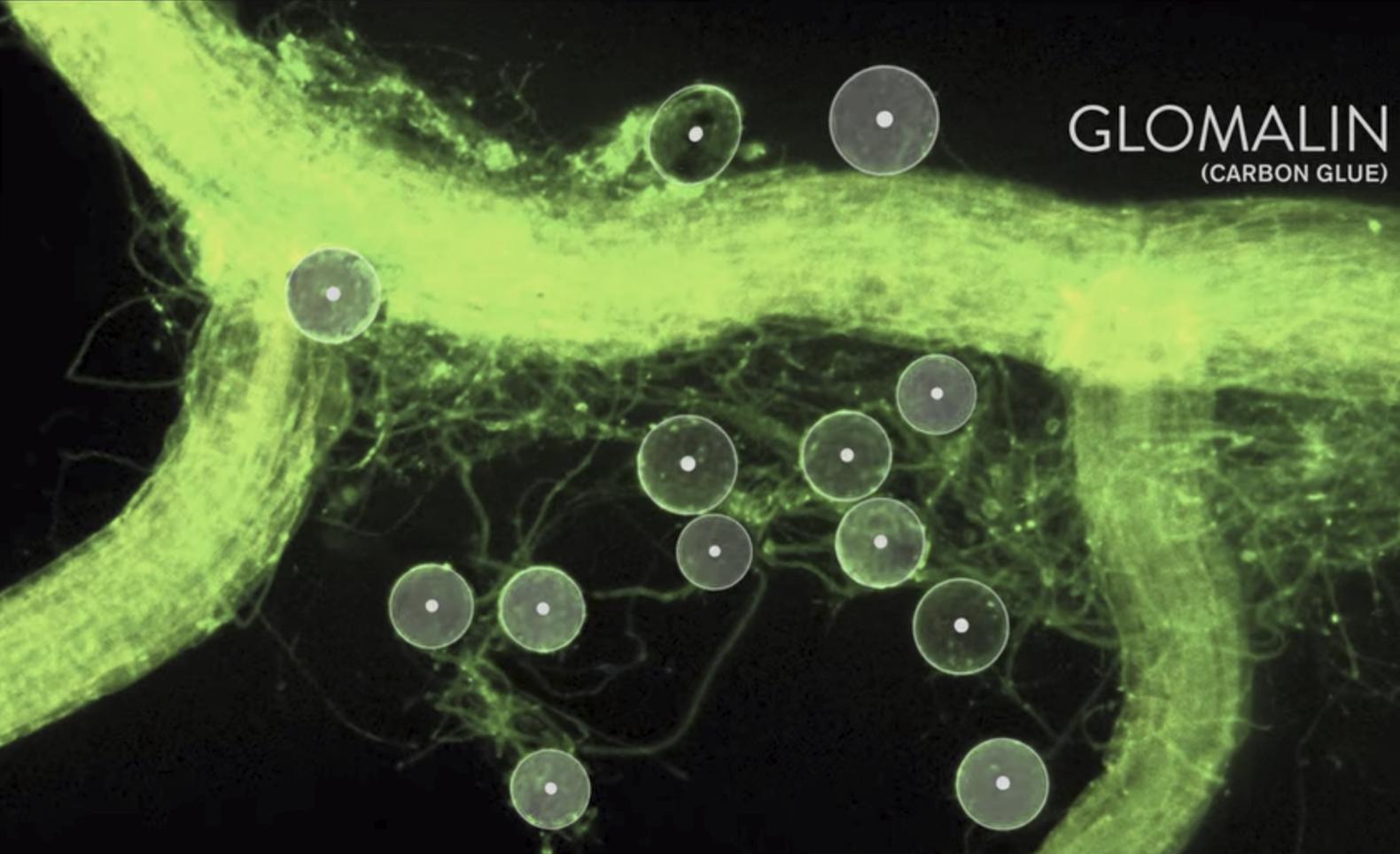 To have less carbon in the air, we need to put more of it into plants and the ground ... so get planting!

There's a bunch of really important people behind this entire operation. Unfortunately, they are often overlooked:

Apparently they had already dug all of the holes a day prior, and then filled the holes back again. The other participants in this program and I had been digging up loose soil, and thus the task was much easier than it should have been. 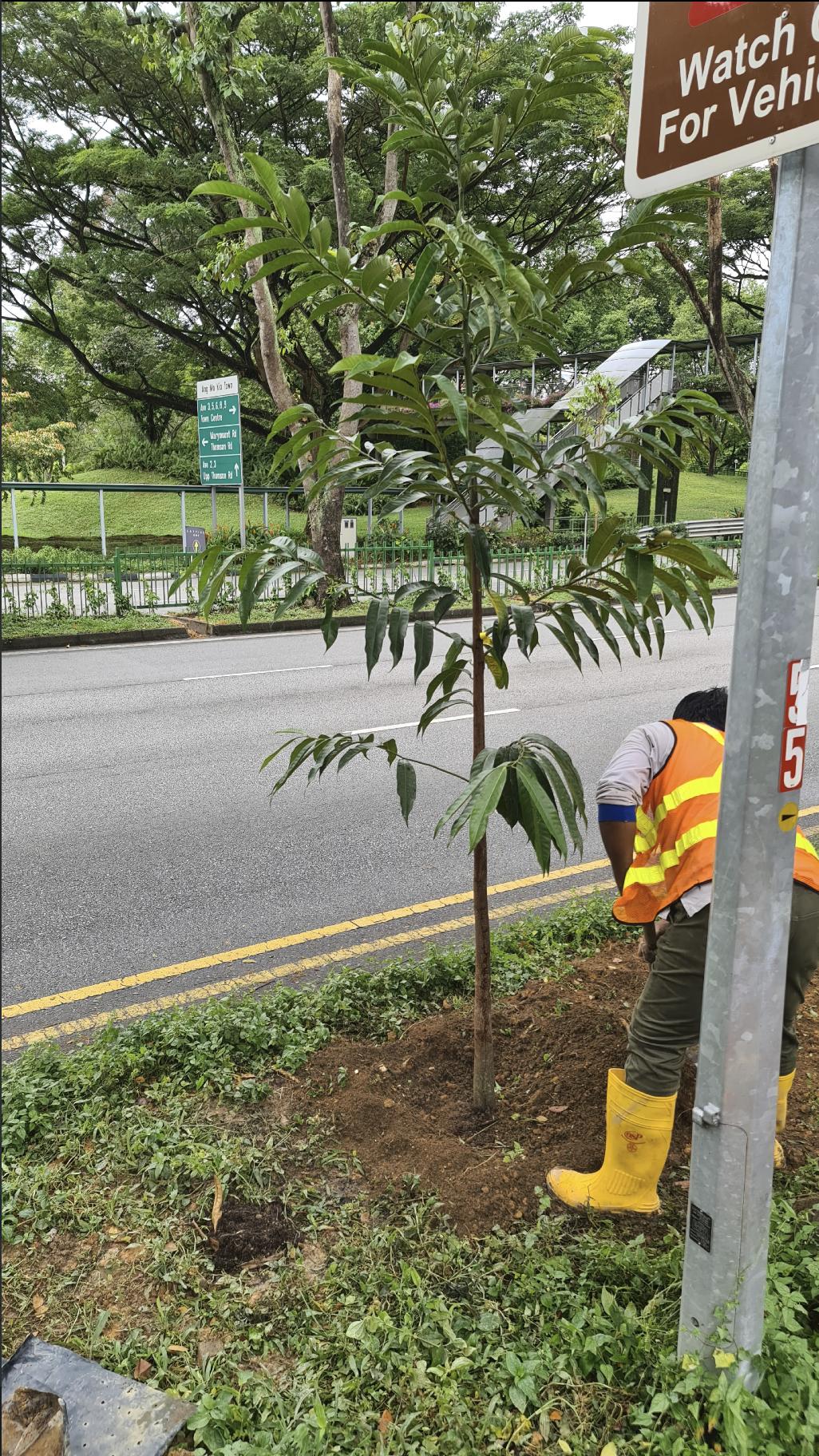 After program participants (and even the NParks staff) had left, the labourers stayed on, to plant the remaining trees, and to fix up the ones that were not done to spec. Here's one of them fixing up the dirt mound around my third tree.

I spoke to one of them, who was helping me out to plant my trees. He told me that a team of five of them digs fifty holes in a single day, three days a week. Per person, that works out to ten holes in a day!

On the days between their "real" digs, they are around on standby to complete the job. When participants do not turn up; they plant the trees on their behalf. When it rains at the scheduled time, the event gets cancelled; they plant all of the trees for that event.

These labourers are doing the heavy lifting - literally - and they're truly the unsung heroes of the One Million Trees movement.

Kudos to all of you!